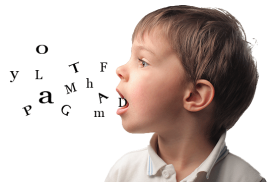 About 2.4% of Kindergarten children are likely to be stutterers and they recover by their childhood and remain up to 1% worldwide – Andrews et.al (1983). Bloodstein and Andrews in 2008 suggested prevalence of stuttering is reduced after puberty and is less than 1%`. Andrews in 1983 reported the incidence of stuttering is about 5%. The study done at All India Institute of Speech and Hearing (AIISH) in 2005, reports that 10% of school going children with communication disorders, stutter.

Traditional approaches to stuttering therapy throughout the twentieth century focused on physical speech mechanics. Therapy focused on having children and adults who stutter change their breathing patterns, control their speaking rate, and work towards fluent speech. This could be achieved with a combination of non-speech exercises (e.g. breath work and relaxation) and speech exercises (practicing word lists or reading aloud).

Yoga has been practiced in India for thousands of years for better control of mind and body. Yoga aims to improve people’s inner tranquillity and free them from fears and anxieties. Since it is known that stuttering includes an element of anxiety and fear, Yoga can help reduce this.

We at Progressive Care and Progressive Yoga have designed a program that will help individuals with Stuttering disorders. Individuals are assessed on a SSI-4 scale and a tailor made program is designed using a cumulative techniques traditional speech therapy and Yoga therapy to help stutters overcome the disorder the best possible extent.

Open chat
Hello..
Hello how can we help you?